Editor’s note: In our last issue Charles Beare introduced the world to Micky White’s exciting research on Vivaldi and the Hospedale della Pietà in Venice, which Vivaldi led for a time. When Micky White heard how enthusiastically our readers responded, she quickly agreed to give us more, and Soundpost Online sincerely thanks her for this new and fascinating material. 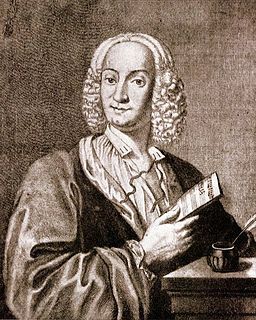 The joy of research is to discover not only new material, but also the truth, and pass it on. What however is research? For those who have not had first hand experience of it, I would like to give a brief insight into this work. There are two main ways of researching: 1) drawing from secondary sources, such as books articles and so forth, and 2) using primary sources, that is, the original documents themselves. Vivaldi has been a victim of secondary source research and beyond. His public image is what it is today because his life, his personality, and his work have become so distorted by this research.

When studying from original documents, you are reading them in their own present-time, not in a recollection or reconstruction of it. A part of someone’s life is in your hands. You have a direct contact with these people, you are transported back to their time and place, and something of them remains in those documents. It is a great privilege to be able to be in this position, and in the case of Vivaldi, one gains great respect for the man, his family, and the Figlie di Choro at the Hospedale della Pietà, where he spent so many years.

The documents of the Pietà are fortunately numerous. They consist of the Notatorie, which are the minute books, and the “Parti,” which is a word peculiar to Venice. These are the loose resolutions, which were roughly jotted down before being written into the Notatorie, and they contain some sensitive material which is not always to be found the Notatorie, for example the doctor’s notes when the Figlie were ill. The lists of repairs came from the “Filze,” which are the receipts of everything the Pietà bought, from cheese and chickens to the payments of the Maestri.

The subject of this article is Vivaldi’s duties in 1714, when he was “acting Maestro di Choro.” The story it tells is drawn from the actual documents of the Hospedale della Pietà. 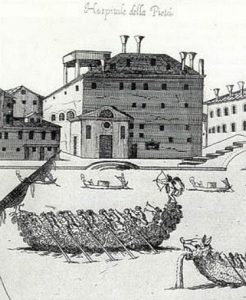 Francesco Gasparini had been Maestro di Choro since June 1701, when on April 23, 1713, he asked for a leave of absence from his duties due to ill health and to attend to pressing family affairs. The Governors granted him permission, expressing hope that he return within six months to take up his duties once again as Maestro di Choro. Gasparini gave the Governors the impression that he would return, but 7 days later, the 30th April, he withdrew 200 ducats, which was his entire account from the “Cassia” of the Pietà, which in effect was a bank. It seems that his intention was in fact never to return.

When the Governors learnt of his permanent absence, they found themselves in an awkward position, without a Maestro di Choro. They turned to Vivaldi, asking him to fill the post, but Vivaldi was not disposed to take up this post. It would be a full time position, and would allow him no opportunity to travel. It would give him less time to dedicate to operas, which he was working on at the moment and had first begun in Vicenza, a few months before.

He agreed to stand in as Maestro however, at least until a replacement was found. We see this from the account ledger entry, which says that he was paid “Nel conto di Maestro di Choro”. By this time he had been at the Pietà for 10 years, the Governors knew him well, and knew he was a trusted and respected member of staff. Otherwise he never would have been asked to fill in and help them out of a tight spot.

His duties were many during this period. The following document, listing all duties that the Maestro di Choro had to fulfill is dated the 6th July 1710, and these rules would have applied for many years:

The Maestro di Choro was to be elected by the governing Board of the Pietà, with a view to his capabilities in the post, and his personal respectability, in so much as he was to instruct the Figlie di Choro. At least three days a week, in the morning and in the afternoon after lunch, he was to be present at the Pietà, to instruct the Figlie di Choro. He was to be present at all times when the Maestra di Choro is present, who upon arrival was to meet and accompany him to the music room.

Annually he was to write two Masses, two new Vespers, particulaly for Easter, and for the feast of the Visitation, which was the patronal feast of the Church of the Pietà. Additionally he was required to write at least two new motets a month, as well as other compositions, as needed, such as for funerals, music for holy week, or in any other situation ordered by the two Governors who were in charge of the Chiesa and Choro. Of these compositions he had to keep a register, which would then be transferred to the book held by the Maestra di Choro. Every six months this register was to be placed before the Governors.

He was to be personally present “in Choro,” to play the Organ, in the Cantorie (which is where the Figlie sang and played,) during the principal feasts, especially during Easter, Christmas, the feasts of the Annunciation, the Visitation, the Assumption of the Blessed Virgin, Holy Week, and for funerals. He was to supervise the care of instruments, to oversee the concerts, and to instruct the Figlie, and in each case, according to the Governors’ orders.

He had to give the original manuscripts to the Maestra di Choro, which she was to pass on to the copyists. This was to be done without question.

In case of absence from the city of up to fifteen days, he must have a license from the Governors “Sopra la Chiesa e Choro.” For a longer period, the Board of Governors was to vote. However, should he wish to leave the State of Venice, it would require a 2/3 majority vote. If he returns after the stated and allowed time of absence, he will be suspended from his duties, and will be reinstated only in the case of 5/4 majority vote for reinstatement.

On salary days the Governors must check that the staff have carried out their duties, otherwise they cannot be ballotted.

The following regulations were to be printed and placed in “Choro,” for the notification of the Maestre and the Figlie.

The present duty goes with a salary of 200 ducats a year, which was established in the said rules 21st March 1706.

This document is precious not only in its content, but because it gives a real feeling of the ambience of this Pio Luogo. It also shows quite clearly that all employed at this institution had to respect and abide by the rules, including Don Antonio Vivaldi. But there is another vital component within this document. In 1715, Vivaldi was paid for extra compositions: a Mass, a Vesper, an Oratorio, and more than thirty motets, as well as other works. This was a time of plenty for Vivaldi and the Figlie, but as he had to produce music for Holy Week, his Sinfonie di Santo Sepolcro points to this period, and we know that he composed the two Glorias at this time, as well as:

This was Vivaldi’s first great period of Sacred Music.

The music at the Pietà was performed in three ways: first and most important, for the Church, “Per la Gloria del Signor Iddio,” second, as the Concerts for the visitors, that is nobles, who came from all parts of Italy and Europe. The Elector of Saxony came, first in 1713, and later in 1740, and it is interesting to note that among the other visitors were Cardinal Ottoboni, Maria Spinola Borghese, and Marchese Bentivoglio, all of whom Vivaldi had dealings with at some time in his life. He was very shrewd, and perhaps this is marketing Vivaldi-style. Third, there were concerts on Sunday afternoons in the church. The Church music, however, dominated, and what follows is a document of the Liturgical Year from 1781. The feasts of the Church do not change, and would have been exactly the same as Vivaldi knew.

In 1714, one of the Maestre di Choro was Marcolina dal Violin. Marcolina was 65, and she also played the Violone, which tells us that she was probably rather tall. In 1718, Andrea Scippione made a Violone for her. One of the duties of Vivaldi, when he started in 1703, was to buy instruments for the Figlie when necessary, and in 1708, he bought a violin for her, as she had been one of his pupils from the beginning. She died at the age of 81 from Mal di Petto, chest disease, in March 1730. These women of the Pietà deserve as much stardom as their Maestro, for it was for them that a great part of his music was written, and by whom it was first performed, and I am sure that Vivaldi, himself would be the first to support this view.

Previous: Elliot Carter’s Harmony Book and the Idea of Order
Next: Intonation for String Players