You are here: Home / Music Literature / The Challenge of Programming 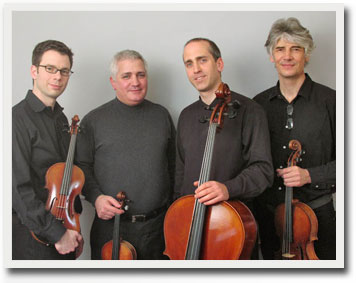 Serious music programming is an ongoing challenge. Creating programs that are inventive, interesting and have a chance to sell well is increasingly difficult, considering that contemporary audiences seem to be neither as culturally literate nor as intellectually curious as their counterparts from 50 years ago. How do we preserve the integrity of art music, and still manage to sell it to the public, while giving them a real reason to be interested?

One model is to assemble programs with jarring contrasts, leaps from the wildly avant-garde to the traditional, with a common thread between, or to simply demonstrate the extremes of range in repertoire in pieces abutting one another on a program. But a more subtle approach lies in creating contexts that demonstrate surprising relationships and differences in the repertoire in unexpected places, historically. Consider a program from a recent [2005] pair of concerts by the Chicago-based Callisto Ensemble:

The program was played on period instruments, lending an air of discovery to the audience experience; the balances and textures, especially with chamber music involving fortepiano, make these pieces sound utterly new to audiences accustomed to modern style instruments. Further, the assembled works expose key developments in compositional style over the relatively narrow time span of the works, 1778-1802.

Perhaps the most striking and surprising feature of the above program is the fact that the Haydn work actually post-dates the Beethoven trio! While it is wonderful piece that typifies the consistently high quality of the composer’s output, the Haydn trio is a conservative and traditional style work. Written in 1795, the piece looks backward more than forward stylistically and compositionally.

Many of the essential building blocks of Beethoven’s style are in evidence in the Haydn work and it is not difficult to demonstrate the influence Haydn had over his younger colleague and sometime student. But in the Opus 1, No. 3, Beethoven was already breaking radical ground compositionally, so much so that Haydn, upon first hearing the work recommended against its publication on grounds that it would not find an audience. It is difficult to place the Haydn trio anywhere within ten years before the composition of the Beethoven Opus 1, No. 3, but indeed the Haydn follows the Beethoven chronologically, an incredible shocker for nearly any audience.

The program under discussion straddles a key development in the use of instruments as well: the Mozart Sonata is composed for Pianoforte with Violin Obbligato. The key instrument is clearly the pianoforte, and while the violin has some independence, it is often shadowing the right hand of the keyboard instrument. Fully independent writing was not the norm in 1778, and Mozart’s Sonata conforms to custom.

In the Haydn Trio the violin has a similarly intermittent independence, while the cello plays a largely supporting role, doubling the left hand part of the keyboard in a continuo manner. But in the Beethoven Opus 1, No. 3, the three voices are more completely independent of one another, and the cello in particular has a strikingly important, independent role.

Increasingly during the classical period, the cello gained recognition as a potential solo instrument, and Beethoven responded. In the variations from 1802 the cello has a featured role as an equal to the keyboard, a dramatic leap that will pave the way for the intricate independent voicing of the Romantic era.

It requires relatively little talking to inform the audience of these issues and by doing so one gives audience members the key elements of the program to take ownership of. Without being patronizing, employing gimmicky publicity, or pandering, one can present a program that makes standard masterworks relevant, and gives audiences a reason to listen to a program in a traditional and accessible language.