You are here: Home / Players and Performance / Intonation for String Players 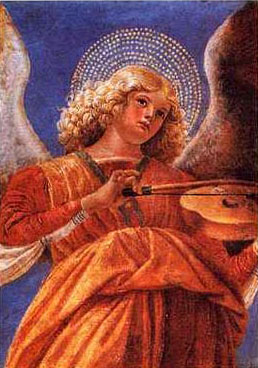 Intonation is a vexing problem for string players. In fact it is so much so that often one of the distinctions between the most sought-after string performers and ensembles from their professional colleagues less in demand is the quality and consistency of their intonation. The notion of “in tune” as a goal, however laudable, is simplistic. In order to achieve satisfying and consistent-sounding intonation, it is critical to have a concept for tuning, based on certain acoustical realities, and based on the context in which you are working.

Any discussion of intonation in the modern era begins with an understanding of the system of equal temperament. With equal temperament, by adjusting every interval to the same degree in the scale, two problems of tuning chords are dealt with via compromise: octave displacement, and the effect of the qualities of different intervals of the triad in different keys. In the equal-tempered system, music sounds relatively in tune (or out of tune) to the same degree in every key. A keyboard tuned to equal temperament frees a composer to write pieces containing any and every possible modulation. Because of this advantage, equal temperament has become the most universally used tuning system for keyboard instruments. J. S. Bach was one of the first musicians and composers to fully exploit the virtues of the system of equal temperament. The great keyboard sonatas of the classical and romantic eras, and most of the repertoire written in the years since would have been impossible without the equal-tempered system. In the modern era, the equal tempered system also provides a convenient base line for tuning all non-keyboard instruments in a manner that requires no specific knowledge of the harmonic context of a situation. Modern orchestras typically conceive of tuning in equal temperament. Electronic tuning machines generally use equal temperament as their default setting partly for this reason.

In certain repertoire, even with fixed-pitch (keyboard and fretted) instruments, there are tuning choices to consider besides equal temperament, depending on the degree to which a piece modulates, and depending on the actual keys to which the piece modulates. Early music practitioners, especially keyboard players, must incorporate an understanding of temperament as essential among the tools they bring to the problems of performance. There are thousands of possible temperaments for tuning, and at various points in history, prior to the widespread adoption of equal temperament as a universal tuning system, various temperaments have informed composers and vice-versa.

The best non fixed-pitch instrumental performers invariably employ intonation based on the harmonic, melodic, and instrumental contexts in which they are playing, even if they don’t always know they are doing so. When playing with piano, string players are most often relegated to a modified version of equal temperament. In some instances we can cheat and deviate from the temperament of the piano, but many times such deviance will leave a string player sounding out of tune with the piano. Other than the instrumental context of playing with piano, there are two other common contexts that present tuning problems: octave displacement and harmonic-versus-melodic. String players need to consider these problems, both intellectually and intuitively in order to develop satisfying and consistent style of intonation.

To understand octave displacement one need only experiment at the keyboard. In the upper-most octave of the piano, sound one single note. Then play the same pitch in the lowest octave. If the piano is well in tune, the notes will sound too close together when played separately, and too far apart when played together. In other words, when played separately the upper note sounds sharp and the lower note flat. When played together just the opposite is true. This is because of the inherent conflict between the overtone series that the true notes produce. In order to achieve consonance between the overtone series in the two notes, they must be pulled together. But the point at which the overtone series line up leaves the notes sounding hopelessly out of tune in any melodic context. The farther apart the octaves are, the more acute the problem. This is the reason why chords built on a wide tessitura are particularly problematic to tune. Equal temperament is a compromise system that theoretically, leaves both pitches acceptably in (or out of) tune for either context.

To understand harmonic and melodic context as it relates to tuning, one can experiment with any string instrument. Cello reveals the issues most acutely because the relationship of intervals in the lower range is broader and the pitch issues are more clearly audible. If you play an F natural on the D string of the cello against the open A string, your ear will naturally perceive the basis of an F major triad. This will cause you to place the F on the high side, in order to leave the third of the chord, in this case the open A string, sounding sweet and low, where the overtone series line up and “ring” in a major chord. That same F rendered against the open G string and perceived as a seventh in a G 7 chord will sound hopelessly sharp. A lower placement of the F will be necessary to arrive at a lined up set of overtones in this context, and achieve the ringing sound of the lowered seventh in the G 7 Chord. The same F, as the third degree in a melodic passage in D flat major, will once again sound sweeter on the high side, as long as it doesn’t have to resonate against the D-flat major triad in the same register. The reality that the third degree of the scale sounds more satisfying higher in a melodic context, and sweeter lower in a harmonic context is a problem with which all non fixed-pitch instrumentalists must contend.

Arguably, intonation in a string quartet raises some of the most problematic tuning issues in music. Modern instrumental training generally doesn’t stress an understanding of temperament, octave displacement, and harmonic and melodic contexts for tuning. This deficiency in training leaves many string players ill equipped for sorting out the issues of tuning in a string quartet. The nature of the repertoire, and the possibility of a totally blended sonority, along with the high standards continually being set by active rehearsing groups, all conspire to highlight intonation deficiencies for groups that fail to meet the highest standards. The attainment of a high standard for intonation in a string quartet is a labor intensive project. It requires that the members spend enough rehearsal time to become familiar with the harmonic role each line serves in a chord, and it demands that the members agree on a shared concept for intonation and pitch temperament in the group.

One example of a tuning problem from the string quartet repertoire is in the beginning of the second movement of Mozart’s Quartet, K. 465, marked Andante Cantabile. The movement is in F major. The opening melodic note in the first violin part is a C natural, one octave above middle C. The second violin plays an A that corresponds with the open A string. If either violinist tunes their note to their open A string, the first violin will be tempted to push the C natural high, in an attempt to achieve a ringing chord with a sweet and low third, in this case A natural. This will ultimately push the whole group sharp to their open strings and the group will lose the sympathetic ring of the open strings. The resulting blended quartet sound will have a deadened quality similar to what one experiences in keys with many flats such as D flat major. In practice there are several possible compromises that will yield a more satisfying result: In one system, both of the violinists must adjust slightly low to their sympathetic open A and E strings in the opening chord, depending upon what the group can agree sounds best. With the first violin adjusting downward slightly, the C natural will sound just a bit low to both the open E and open A strings. The second violin will also compromise, with a note that is neither as low as a “beatless” third, nor as high as the open A string. This type of adjusted temperament is just one example of the complexity involved in bringing a satisfying of intonation to a string quartet. Frequently the quickest path to resolving intonation conflicts in string quartet work is to adopt equal temperament as the goal when such problems arise.

With regard to octave displacement in a string quartet, it is necessary for the group to be mindful of the problem when tuning their individual instruments, as well as when tuning chords. Generally, the outer extremes of range need to be brought together, as in the earlier example of the piano. This will avoid one or the other end of the group having to make an extreme and odd sounding adjustment in a particularly widely spaced chord. I recommend that a group tune as follows:

By starting from the same tight temperament in the open fifths the group has the best possible chance to sound ringing and in tune in a wide range of contexts.

Previous: Vivaldi, Maestro di Choro
Next: Recording a CD – Up Close and Personal