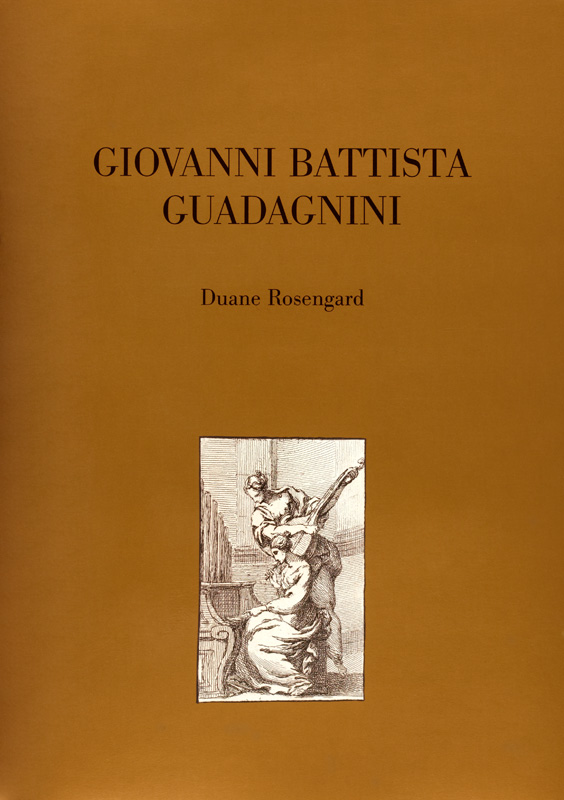 When Ernest Doring’s The Guadagnini Family of Violin Makers was published in 1949 it was a watershed event. At the time relatively few books were available on the subject of master violin makers. The Guadagnini family had not yet commanded the full attention of those who were researching and writing about the classic luthiers.

Doring’s effort was commendable in concept, but limited in execution by the constraints of the time. In 1949 it was much less practical for a researcher living in the middle of the USA to oversee comprehensive research in four different cities, in as far away a place as Northern Italy. Nonetheless, Doring did much to dispel some of the myths surrounding the Guadagnini family. But even with all the best intentions and considerable effort, Doring did not get all of his facts right. Over the half century since the publication of Doring’s work, inconsistencies in the Guadagnini story as told by Doring have become increasingly apparent to string instrument enthusiasts. With some of the critical keys to our understanding of the Guadagnini family having been called into question, a modern historical view of G. B. Guadagnini has been awaited by many for years.

Duane Rosengard has answered the call with his newly published opus, Giovanni Battista Guadagnini: The Life and Achievement of a Master Maker of Violins. This volume systematically shatters many of the long-held legends about the great maker and his origins with highly documented facts. The first major revelation concerns G. B. Guadagnini’s father, Lorenzo, long presumed to have been a maker himself. Rosengard’s research casts serious doubt on the possibility that Lorenzo Guadagnini could have made violins.

But the revelations do not stop there. In Rosengards’s book the Guadagnini story is told as it has never before been told, even in the maker’s lifetime. We track Guadagnini through his various relocations, first from the countryside of Piacenza to the city of Piacenza itself where he begins his career as a violin maker. Next he moves to Milan, following noted musicians of the day, and later to Parma, in the service of the Bourbon Court and its important emissary Du Tillot. Still later we find G. B. Guadagnini in Turin, working for a time for Count Cozio di Salabue and then finally on his own.

Rosengard documents the source of some of the lore around Guadagnini with remarkable precision. G. B. Guadagnini’s contextual backdrop is drawn for the reader in such a way as to clearly expose a life sometimes wildly successful, and at other times full of adversity. The maker’s geographic moves are made intelligible and verifiable with an overwhelming tide of documents, many of which are reproduced in the book, and by an explanation of the historical circumstances which impelled those moves. Photographs of a sequence of Guadagnini instruments, reproduced chronologically in the book, perfectly illustrate the maker’s evolution as an artisan.

This new volume on G. B. Guadagnini is not without flaws. A number of typographical errors mar the text, and the photography is not consistent in its quality. But these are small complaints for a publication that is otherwise remarkable and of major significance. The book is beautifully bound in both the regular and the deluxe editions.

It is difficult to imagine how much exhaustive research must have gone into this biography. Rosengard’s comprehensive approach to his historical survey of G. B. Guadagnini will make the book an instant landmark, while further cementing Rosengard’s reputation as one of today’s preeminent string instrument researchers. The book should give every serious reader an energized regard for the originality and inspiration of Guadagnini’s efforts. Giovanni Battista Guadagnini is a must-have for all string instrument connoisseurs.

Note: This book may be purchased from Tarisio Fine Instruments and Bows.

Previous: How to Buy a Violin: Part 2
Next: Photographing a Violin