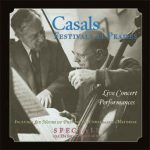 Schubert’s String Quintet in C major, Op. 163, D. 956, was composed in his last year and completed only a few weeks before his death on the afternoon of November 19, 1828. It was not until twenty-two years later, on November 17, 1850, that the work received its premiere performance. Another three years were to […]