You are here: Home / Marketplace / A Rose by Any Other Name 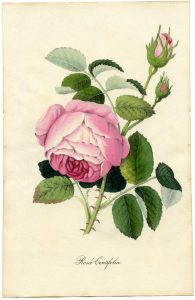 Authenticity is one of the more vexing issues for the string instrument trade. The consumer point of view regarding authenticity of instruments and bows is often simple: Will a highly regarded expert issue a certificate? Or even more naively, is it “papered”? But what is behind a certificate, what makes an instrument genuine, and what really are the commercial implications of these questions? The answers may surprise you.

For example, Description A—a violin of Milanese origin, 18th century, possibly by a member of the Testore family, the scroll by the hand of a later Milanese maker—has a very different significance in the marketplace than Description B—a violin by Carlo Giusseppe Testore, in an unusually pure state of preservation—but the owner in both cases might still refer to the violin as a “Testore.”In order to know what an expert’s opinion of a piece is, one must read the certificate, both literally and between the lines. The description can have profound implications for the value of the piece in question. The owner of a violin may refer to that violin as a “Testore… with a certificate from a regarded expert.” Closer scrutiny of the written opinion sometimes betrays a different point of view, with serious commercial implications.

Rare string instrument dealers of high integrity endeavor to transact business on the basis of their own expertise rather than relying on the opinions of others in the trade or rubber stamping existing papers. This is not to say that dealer/experts don’t confer. In fact quite the opposite is true. But the best dealers are true experts, and true experts try to look at each piece anew, subjecting it to the scrutiny and judgment they have honed over many years in the trade. In this way old, written opinions are frequently overturned, as instruments or bows are cast in a new light by the growing pool of new knowledge. The best experts are, from time to time, forced to re-evaluate even their own opinions from years past, sometimes with bitter economic consequences for themselves. Those potential future losses, coupled with an expert/dealer’s own integrity and interest in good customer relations is part of what keeps the best of them honest, and drives opinions to an ever-higher degree of circumspection.

Some experts have attempted to eliminate conflict-of-interest in the formation of their written opinions by removing themselves from commerce that could cloud their judgment of the subject of their expertise. That is, they do not sell the instruments they evaluate, and they do not evaluate the instruments they sell. This strategy has not worked. When a consumer is adversely affected by faulty expertise, the expert without a commercial interest in the transaction has no liability for their mistake, since after all, the certificate was only a written opinion based on their best efforts at the time the opinion was written. Merchants trading on another expert’s opinion can claim to have followed industry standards by relying on a higher opinion than their own, and thus exonerate themselves of liability in the matter.

Some dealers/experts have been unwilling to stand behind their erroneous opinions by providing trade-in items at comparable value to the piece as originally sold, even against a tide of credible contrary opinion. This practice is highly corrosive in the trade and represents the worst of all possible worlds. A written opinion is issued, a transaction occurs at a retail price, profit is made commensurate with added value of warranties and service, yet no such warranties are actually honored. When a revision to an old opinion follows a period of inflation in the trade, the loss of value for the consumer relative to the current market place can be devastating.

To cite a current case in point: New York violinist “X” purchased a violin from New York dealer “Y” some nine years ago. Dealer “Y” issued a certificate to violinist “X” at the moment of sale, describing the violin as a Gennaro Gagliano, original in all parts. The price at the time of the transaction reflected full market value for a Gennaro Gagliano, $132,000. Violinist “X” borrowed heavily to purchase the violin, and relied totally on the representations and integrity of dealer “Y.” The violin as described would have a current insurance value of $200,000-$300,000.

Recently violinist “X” became aware of controversy surrounding the purported Gagliano violin. Opinions were sought from six of the most important experts active today. No one was willing to corroborate the old opinion of dealer “Y.” Instead, the experts consulted all more or less agreed that the instrument was a composite violin of later Neapolitan origin. Insurance value for the violin with this current expertise would now be $60,000-$80,000. Despite this, dealer “Y” has remained unwilling to reasonably or effectively back up the opinion given at the time of sale. Consequently, violinist “X” has a violin with a certificate stating that the instrument is the work of Gennaro Gagliano, but the certificate is of no use as violinist “X” cannot legally or ethically represent the violin without informing would-be buyers of the conflicting opinions. The only alternatives for violinist “X” are to simply write off the loss, or to pursue expensive and emotionally draining legal action, with no certainty of a favorable outcome.

The point here is that there are two important issues to keep in mind regarding certificates:

Previous: Is that My “A” You’ve Got?
Next: Elliot Carter’s Harmony Book and the Idea of Order